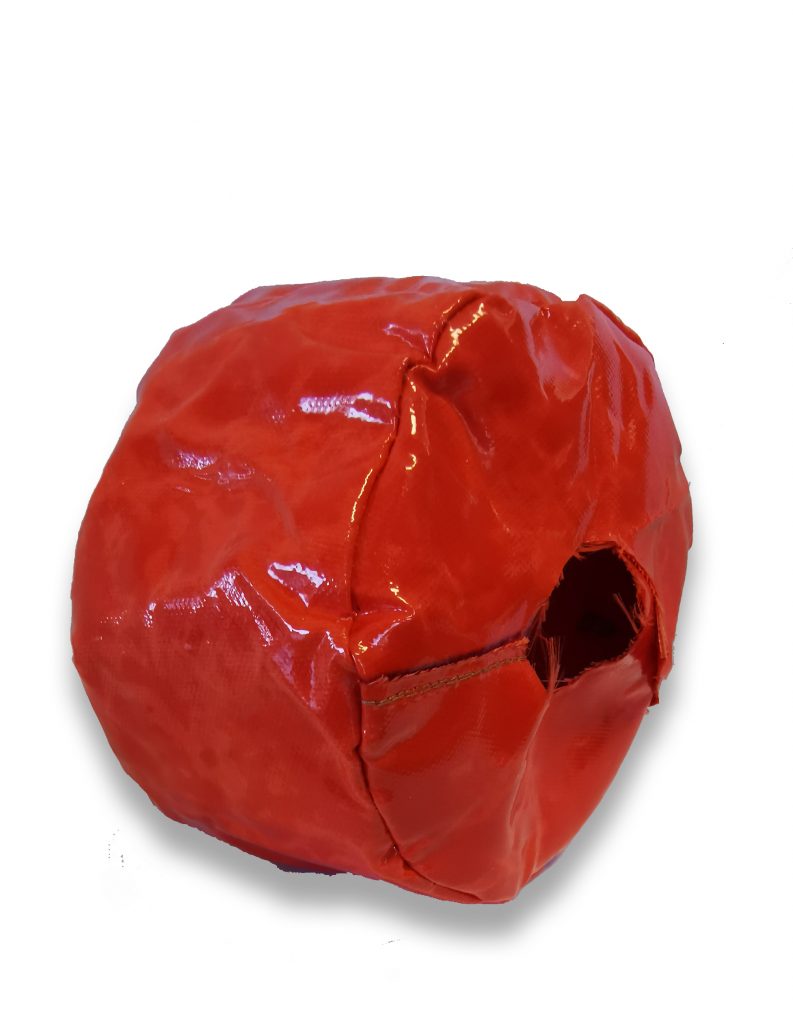 they act as an indicator in case of fluid or gas loss from valves or flanges. TX 9010 changes its base colour depending of the different reagent, given an early warming of leak to the plant personnel. TX 9010 is not influenced by chemical agents external attack.

TX 9010 valve and flange covers are made of resistant textile glass fibres, reinforced with vinyl compounds. They are designed to cover a wide range of equipments and they have a temperature resistance until 104°C. 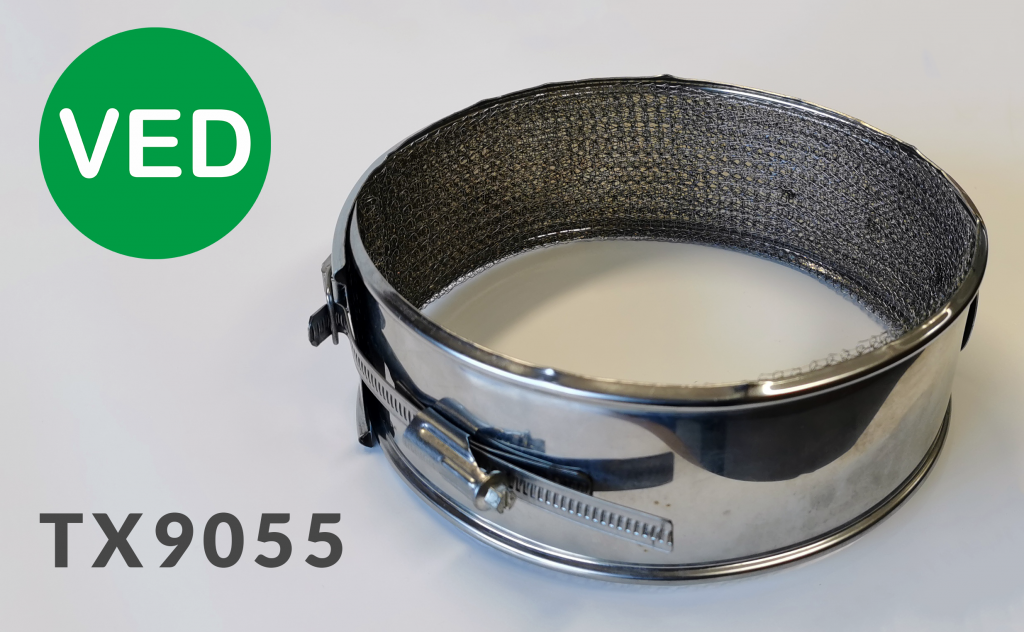 They work with a seal system to contain the leak from a flange, and avoid dangerous effect because of coming out of inside pipe product. It is also suitable to apply on inside layer side the kind of seal product according to the type of material inside the pipe. On request is it possible to have a nipple to conveying of the eventually leak.

In case of other application out of standard, the flange cover could have instead of stainless steel 316 metal socket other materials like following according to type of inner pipe fliuid: Grafoil® from Graftech – Viton® Rubber – Neoprene Rubber – Sintered PTFE 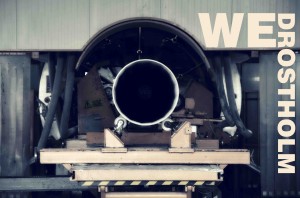